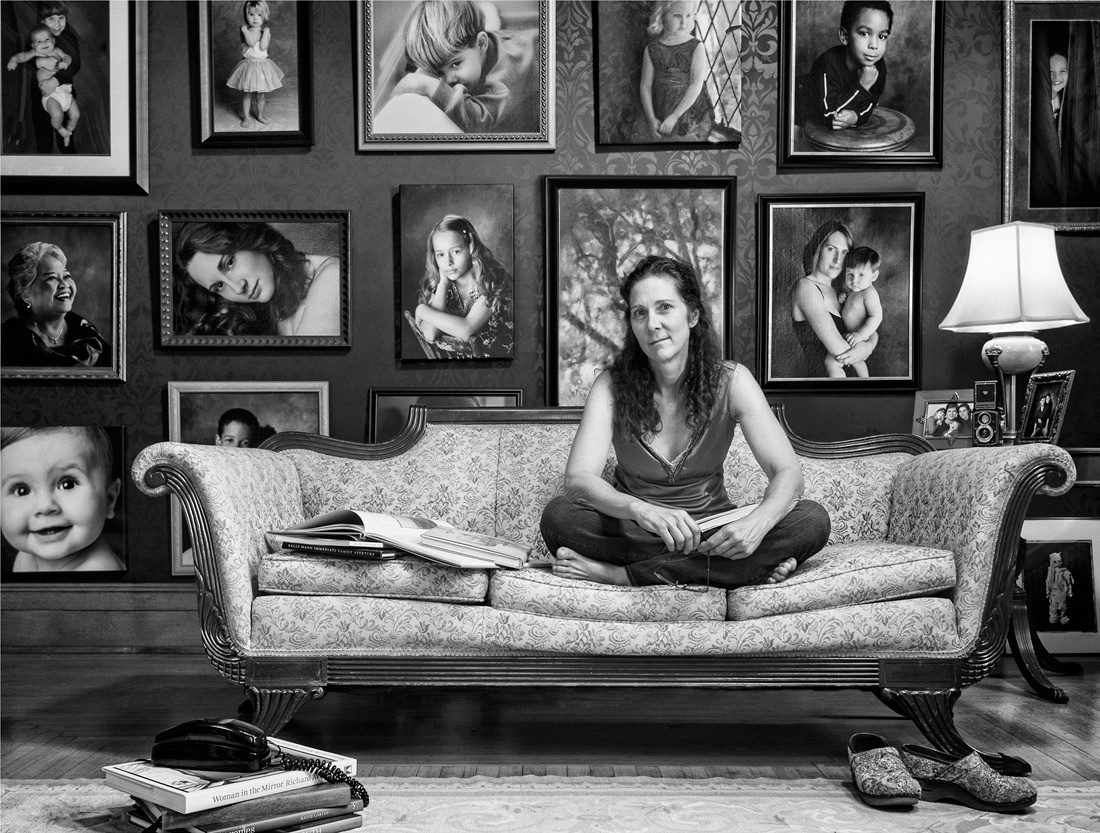 This past spring approximately 40 regional photographers meet to randomly draw one anothers name out of a hat and be photographed by one of their peers.  I was lucky enough to draw Helen Adams, a wonderfully inspiring portrait photographer.

For the next month I played around with numerous concepts for her enviromental portrait, then meet with Helen at her early 1900's Italian Renaissance home in Clifton, a Cincinnati, Ohio suburb.  It quickly became apparent upon stepping into her home we had the location,  it was where she worked, lived and played, and as we sat discussing the shot in her parlor the image became even easier to visualize.  All that was left was to hang her portraits on the walls and light it.

With the assistance of Cheyenne Wright, we arrived at Helens around 8 am to prop out our set, and light. as luck would have it the sunlight we were counting on went away, an for only the second time in two months it rained, so we added our own light, three to be exact.  For the next two hour we put Helen on the others side the camera, a cold dark place to most photographers, but the results were wonderful, and great execise for both of us.