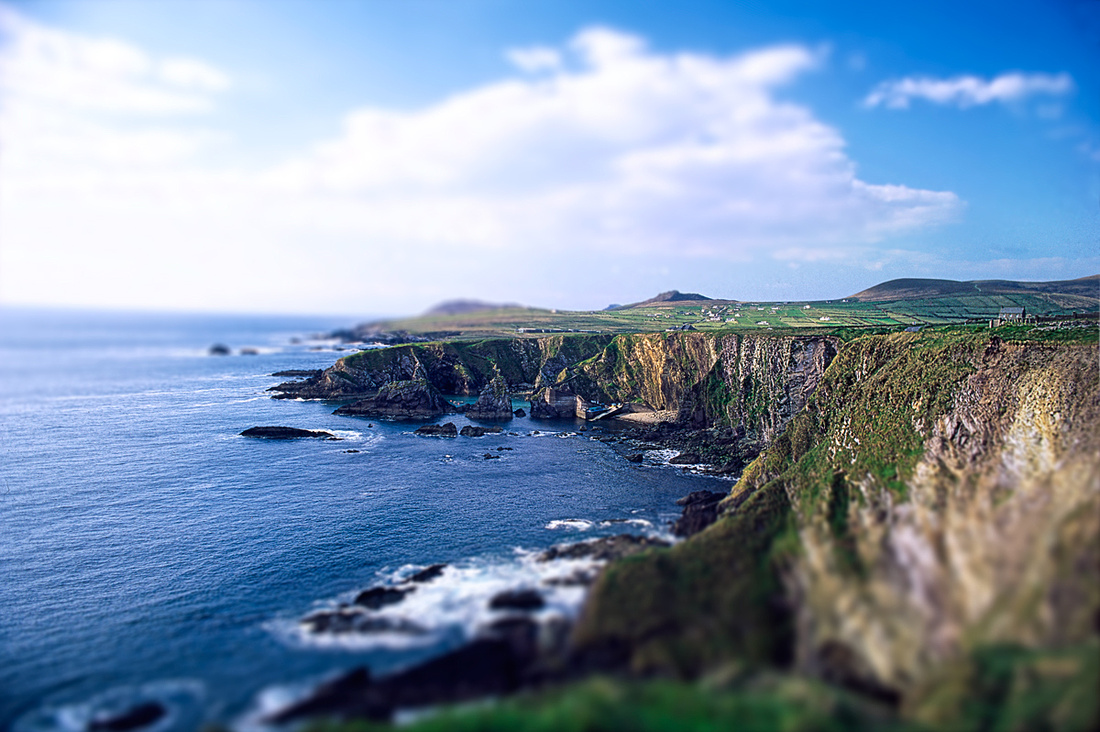 I often hear photographers waxing on about how they miss film, and that they just can't get the same feel out of their imagery as they could in the days of old.  I'm not in that camp at all.

What I do love is the ability to scan my old files, (spent two hours spotting out the dust, an inherient quality of film) then enhancing the photograph with filter effects in Photoshop CC.  This image was captured on the western shores of Ireland in 1996,  then using Adobe Photoshop CC's blur tilt shift filter and a Topaz plug-in, I was able to create the illusion of an image captured with a tilt-shift lens.

The thought process I follow is that digital capture allows me to first photograph the image in a resolution and dynamic range that film never possessed,  then thru a variety of post production processes create any effect I choose.  It's just another tool in my camera bag.

grade miners review(non-registered)
JC Raulston Arboretum is one of my supported domains to use in the spring. What I love the most is that each time I go, something else is sprouting. Right when I can, I try to show up sooner than foreseen and stroll around the arboretum, simply esteeming the plants before I meet my customers. It's a grand spot and I've been visiting the nurseries for more than 15 years.
No comments posted.
Loading...
Subscribe
RSS
Recent Posts
Another Iceland Regnbogi Eggceptional Time at the Pendleton Easter Egg Hunt My Holiday Wish List It's High School Football Season Dad's Officially Retired, Again Photographs and Memories for Father's Day Digital photography versus film, I'll take digital every time. I'm going to put a rock on your head. Photographing the Cherry Festival Queen Photographing Cincinnati A Century Later, Part 3
Keywords
photography Location Photography landscape photography Tony Arrasmith tonyarrasmith.com Cincinnati Playhouse in The Park Portrait sports Photography Animal Photography Enviromental Portrait
Archive
January February March April May June July August September October November December
© Tony Arrasmith 2020
Powered by ZENFOLIO User Agreement
Cancel
Continue