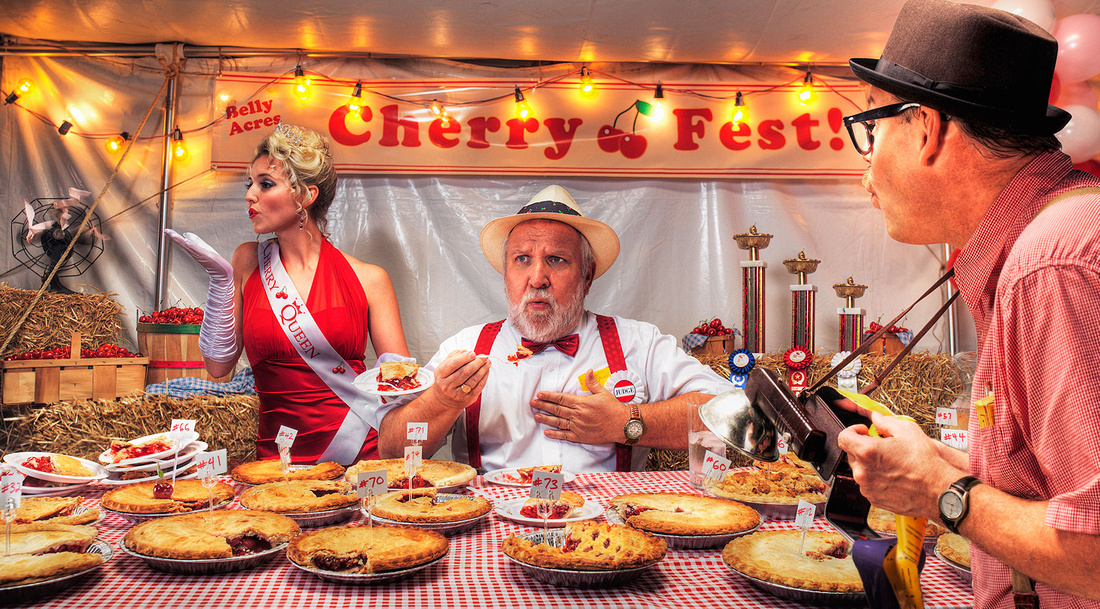 It's always an exciting day when an agency calls to request a bid on a conceptual commercial photography project.  This was the case when we were asked to estimate the cost on a national campaign for the brand, Pepto Bismol.

The bidding involved three different location scenarios where one might seek the aid of Pepto Bismol, a Mexican restaurant, a bowling alley snack 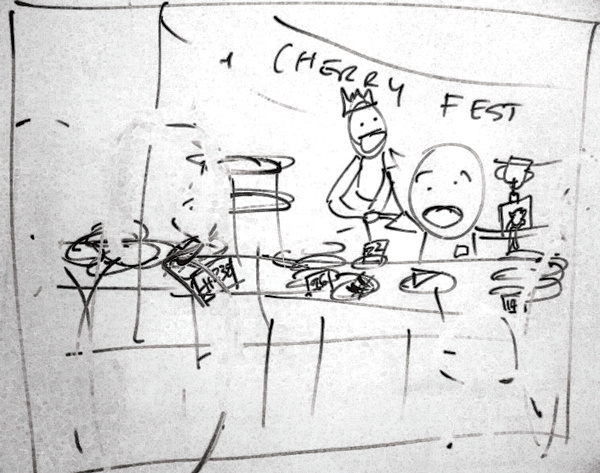 scence and my favorite, the Cherry Queen Pie Judging Contest.   As usual we submitted our bid, discussed the options available for producing the campaign and showed samples of the photographic style we had in mind.  We won.

Once awarded the project we set out to scout the various locations for our three scences and decided that two of the scences would be built in studio and only one on location in order to meet the tight deadline and budget.  The Cherry Festival Queen would be one of the studio sets.  The client supplied us with the rough sketch to help with the set buildout and point out the key figures we wanted to feature, which were the judge, the pagent queen and the table full of cherry pies (20).   From here we procurred the props, fabricated the trophies and custom built the signage and tent.  The building out of the scene took place over a two day period, with the majority of it coming on the second day. The baking of the pies began on day two and came out of the oven just in time for a late afternoon photoshoot.

The light treatment we chose was one that would replicate the natural inside of a tent, combining the ambient golden bulbs that were strung along the rim with the studio strobe lighting.  For this effect we used a large 70 inch silver lined octabox on Profoto flash heads placed just to the left of the camera and filled in the far edges with two additional flash heads thru translucent panels.

The final element, "the Photographer", was an after thought not called for in the original concept.  But as we critiqued the scene if seemed to be lacking balance, so the paparazzi was added.