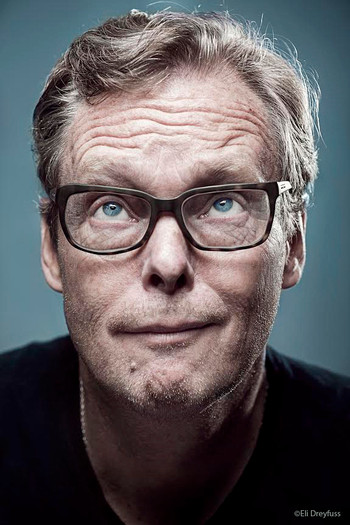 Mom blessed me with her sense of humor. Dad taught me how to use a saw. Trouble was soon to follow.

At nine, I taught myself how to use a camera (a Vanguard 120) and it was a done deal, I was armed and creative. Once I discovered the possibilities of film, I began carrying a sketchbook and scratching out every odd thought that came to me. I look back and am surprised at how many of those ideas formed the foundation of future projects.

Although I earned my BFA at Georgetown in 1982, my career began humbly with basic work doing table top set-ups. After ten years of learning the ropes, I began moving from simple photography to what I like to think of as “creating moments". I was finally doing what I was made to do. I remember someone defining my style as ”Norman Rockwell meets Tim Burton on Steroids.” Yep, that pretty much nails it.

However you want to describe what I do, it seems to be working. Arrasmith & Associates usually makes the short list whenever someone needs a humorous, colorful, off-the-wall concept or stylized set - and wants to have fun doing it.

The Cincinnati, Ohio suburb of Kennedy Heights has been home to me for the past twenty seven years, I reside there with my wife Dana, our children Cameron and Chloe, and dogs Dantonyo and Lupe.
© Tony Arrasmith 2020
Powered by ZENFOLIO User Agreement
Cancel
Continue