Mt-Adams-Incline-1910Photograph of the Mount Adams Incline in Cincinnati, Ohio taken by the Detroit Publishing Company between 1900-1910

In early January I posted an image of Cincinnati from an area known as "Over The Rhine". It was captured as I drove into downtown on one of our many subzero mornings.  One thing that stood out in the photograph was it's timelessness, many areas of the city looked like they had not changed in 100 years.  This raised my curiosity, I wondered what the city looked like in 1914 compared to 2014.  How had it changed, were the streets the same, which buildings still existed.

To answer some of these questions I started looking through the archives of the historical society and library of congress.  To my surprise there were great images from the era I was looking for, all downloadable,  which enabled me to revisit these various locations and make capture my photographic comparisons.

The first location I researched was of the Mt Adams Incline, of which I found an image taken between 1900-1910 by The Detroit Publishing Company.  This file resided in the photographic archives of the Library of Congress and was capture with a 8x 10 glass negative, the quality of this files was extraordinary.  The next step was to find as close to the exact location as possible to capture a new image. 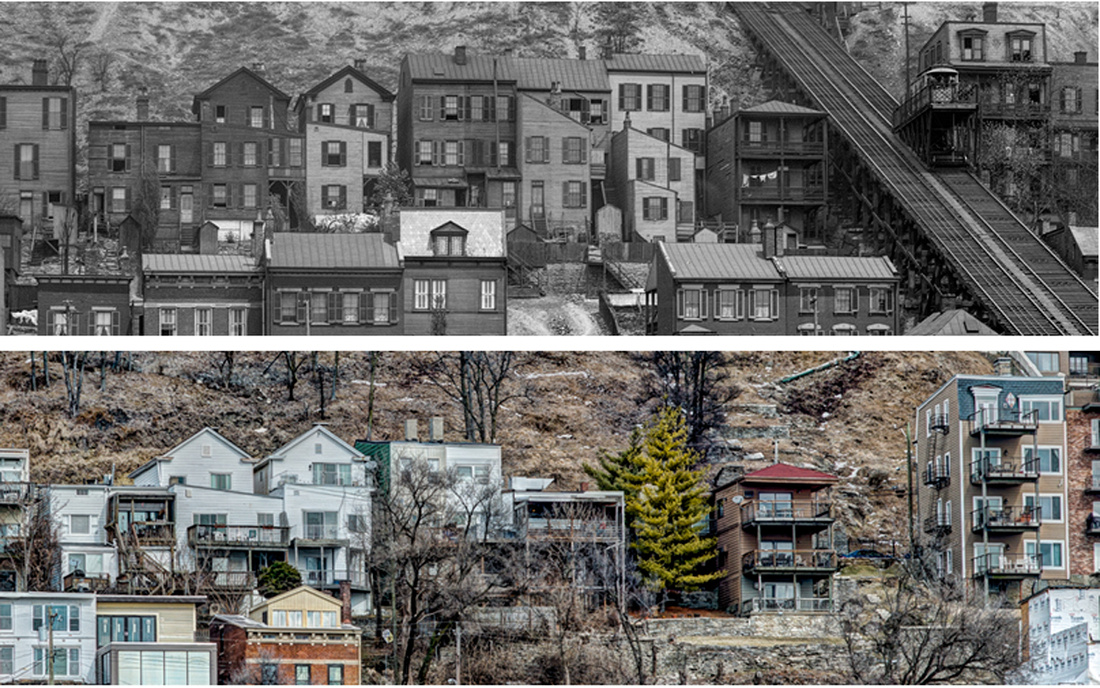 Once I arrived at the location and began the process of determining the angle,  I quickly noticed that most of the hillside had be dug out for the interstate system, and all of the buildings that stood at the base of the hill were razed, which mean't I would not be able to precisely duplicated the original.  By using the buildings at the top of the hill as a guide, I matched the height the original photographer used by backing up a few hundred yards onto the interstate ramp and and using a longer lens,  as I pointed out, it was not an exact match, however it's a wonderful comparison, did you locate the original structures that exist today. 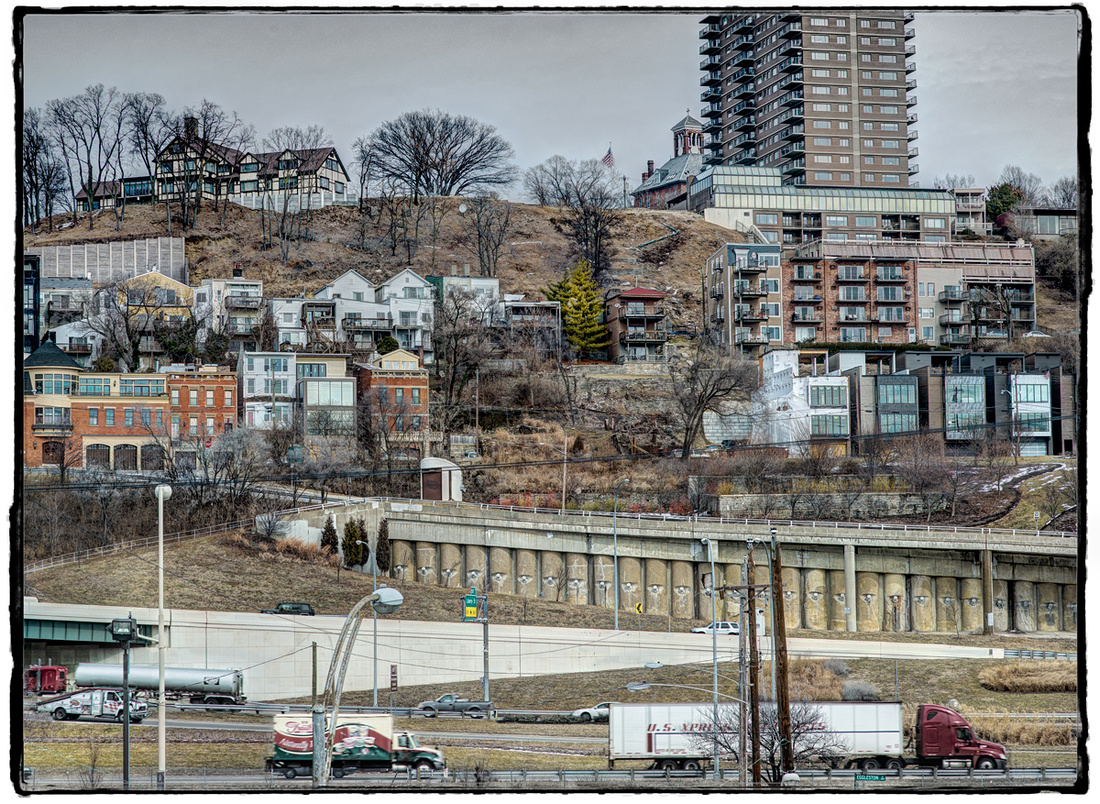 Mt Adams_2014View of the Mt Adams hillside today, the incline is long gone as well as many of the streets and replaced by the modern interstate system.