Photographic Blast from the Past 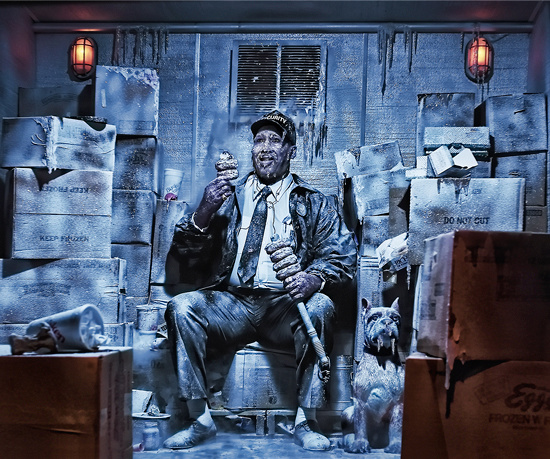 Looks like another winter of minimal frozen precipitation, with no snow days for my kids, much to their displeasure.  This also means no running around in the four-wheeled drive truck capturing winter scenes.  So I took to our photo archives searching for a bone chilling image to post to the blog.

The image that became frozen in my mind was Cooler Cop, a studio build set composited in 2001, during the early stage of hi-res digital cameras.  The digital back used captured this project with was a staggering 8 megapixels, quite the contrast to the 30 to 60 megapixels used today.  We spent approximately 4 days constructing, propping and lighting.  This was one of our first fully large scale digital project, meaning no polaroids for testing, no film was shot and scanned, all the compositing was handled in house.

Cooler Cop, Behind the Image

Looking back almost 12 years later, its hard to believe the quantum leap we've made in file quality and color management,  what a great time to be a photographer.